REVERSING THE TREND OF IRREVERSIBLE ACTIONS

Store It Safe is a unique partnership of healthcare providers, firearm safety experts, and community organizations established to keep children safe from unintentional firearm deaths and teens safe from suicide by firearms. Young children are often curious and will touch anything, while teens are still learning to control impulses. Our goal is to inform families of risks so they can keep their children safe.

⊕ Apply for lock boxes and be a partner of the

In response to the unacceptable rate of firearm injury to children, the Ohio AAP established the Partnership for the Safety of Children Around Firearms in 2015. Since that year, unintentional firearm injury has impacted children in more than 25% of Ohio’s counties. Discussion around gun safety has historically been emotional and not productive between organizations and citizens, with many opportunities to improve counseling by pediatricians to encourage families to practice safer behaviors. The Partnership brings together organizations and individuals, with different viewpoints about firearms, to develop unified messaging, resources, and approaches to reduce unintentional gun injuries and deaths in children, and suicides by firearms in adolescents.

The goals of the Partnership are to:

Save these in your phone to refer to in a time of crisis. 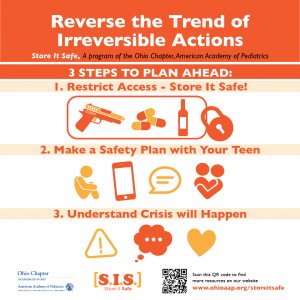 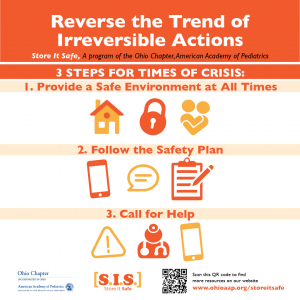 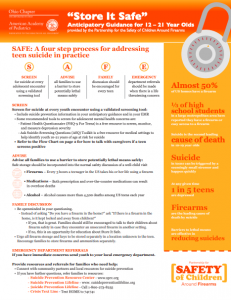 What is Store It Safe? 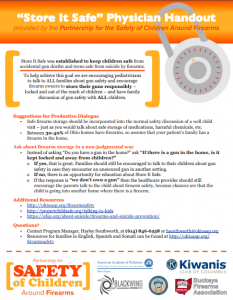 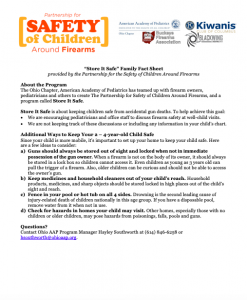 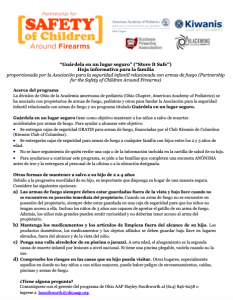 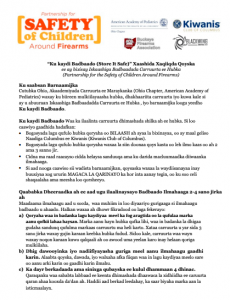 How to manage a crisis

What to do if you or a friend feels suicidal 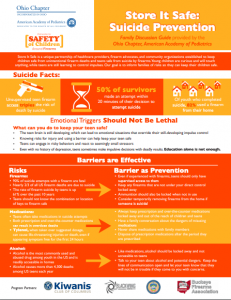 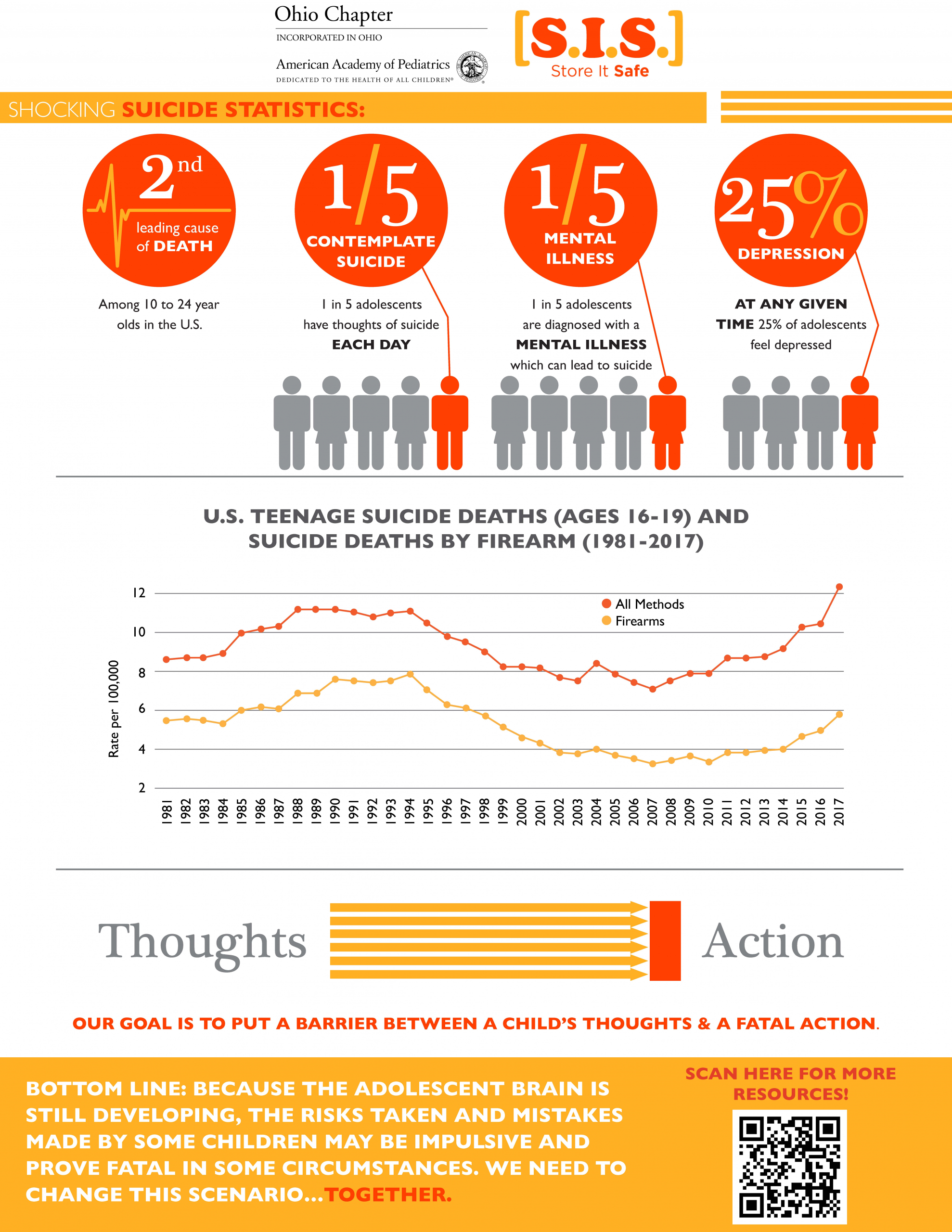 Important information for families about unintentional injuries by firearms 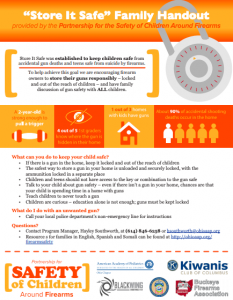