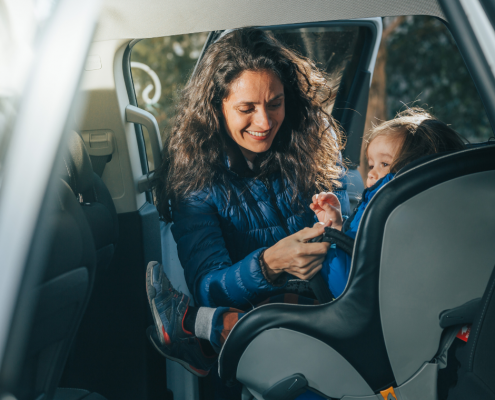 Pediatric vehicular heatstroke (PVH) is one of the leading causes of non-traffic, non-crash vehicular child fatalities in the United States.1 The incidence has increased dramatically since car seats were moved to the back seat, which prevents air bag injuries but removes the visual reminder that a child is in the car.2 On average, there are 38 PVH fatalities in young children in stationary vehicles in the U.S. each year, for a total of 742 child fatalities on record between 1998 and 2017 and thousands of nonfatal injuries.3 Just over half of the children involved in these hot car fatalities were unknowingly left by a parent or other caregiver.

Throughout the COVID-19 pandemic, the number of child fatalities due to vehicle hyperthermia has been the lowest since 1998, with a particularly large decline in children who were unknowingly left behind in cars (62% less compared with previous years).4 Experts have proposed multiple explanations for the sudden drop in PVH figures: the global and nation-wide lockdowns of 2020 changed patterns of our daily routines, and people stayed stationary and were driving 14% less, which significantly contributed to the annual decrease in PVH deaths in the United States.5 Despite these figures being at an all-time low, researchers predict that once COVID restrictions are lifted and the economy returns, people will return to their prepandemic routines — such as driving to work or school — and PVH fatalities will increase. Therefore, there is now a sense of urgency for healthcare professionals, parents, caregivers and legislators to recognize this type of motor vehicle injury and fatality in both public and private discourse and further invest in the prevention of PVH deaths.6

A major barrier to preventing these avoidable deaths is the public’s misunderstanding of how common memory failures, rather than neglectful parenting, lead to most instances of PVH. Even very loving and well-intentioned parents can mistakenly leave a child behind in a car.

The Bag in the Back7 campaign is designed to educate parents, caregivers, doctors, and the general public about PVH. The campaign seeks to explain how prospective memory failures, the development of false memories of drop-off, and other contributing factors make it possible for caregivers to unknowingly leave a child in the car. The Bag in the Back campaign offers suggestions for how physicians and daycare providers can talk with parents about preventing PVH.

To read the full report, co-authored by Ohio AAP leadership in partnership with Pampers, click here.

Want to join the discussion?
Feel free to contribute!

No images available at the moment

Are You a Family Caregiver of a Child Aged 2 -6 with Intellectual or Developmental...
Scroll to top